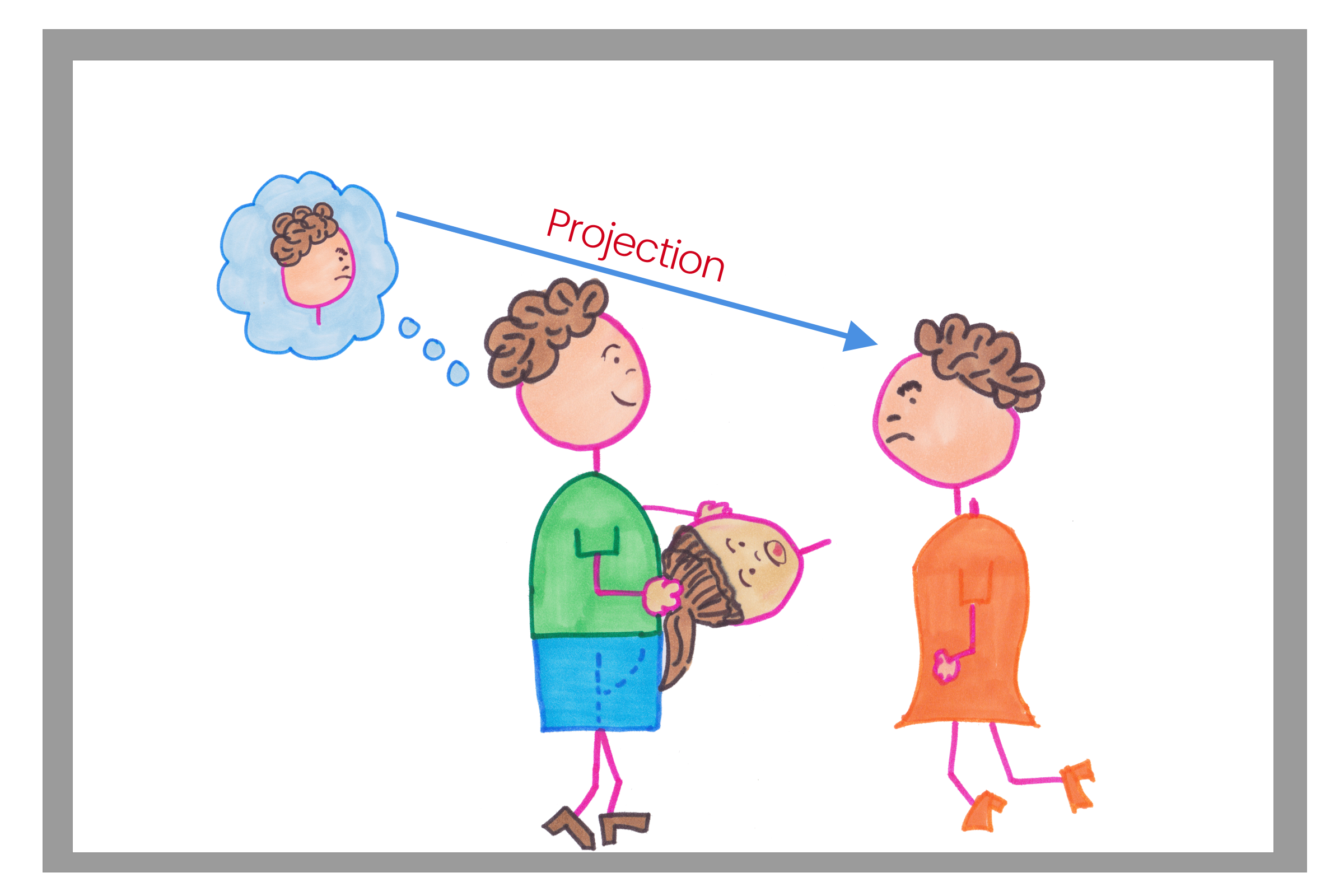 Projection: How it Really Works

The statement, “Don’t project on me.” has gone mainstream. But do most people understand exactly what projection is?

Projection is an actual vibrational psyche experience in which the human mind, unable to accept certain thoughts, motivations, desires and feelings of self (positive and negative), deny those attributes in themselves and ascribe those characteristics onto other. For example, a person who is selfish will not see their own selfishness, instead they will accuse others of being selfish.
Projection is where we find our shadow, our hate, our shame, our guilt. Unconscious projection is one of the most violent mental experiences. When you project onto another person, they are no longer seen, they virtually disappear into your own denied parts; you essentially annihilate their existence within your reality and now only exist in your skewed reality made up of your shadow shame, guilt and pain. Worst of all, separate from denying their true existence, you are denying your own true existence.
Projection is also where we find our wholeness, our evolved self, our consciousness. Being conscious of your projection is one of the best tool to understand Self, become more conscious, and to evolve. It also helps alleviate disease since the shadow characteristics we hold deep in our unconscious manifest themselves over time in our bodies. Projection is also one of the greatest gift you can offer to greater Humanity-the more you lift your projection off of others, the more Humanity grows in Consciousness. Being aware of your projections (and being able to own them fully) allows you to be present and accepting of yourself and present and accepting to others. This is the truest form of compassion there is. This is love. This is the HOW to the very cliche, but very true statement, “You can not love another person until you love yourself.”
Projection isn’t just a theory. It’s an energetic vibrational experience, one being proven by neural plasticity and studies of mirror neurons. In our unconscious we have thoughts, motivations, desires and feelings which while they are unknown to us, they still are vibrating within our psyche. These vibrations are like every other vibration in that they have an energetic charge and will attract or detract energy. And these vibrations are mirrored out in the external world. For example, if your power is unconscious, it will vibrate unseen and unfelt by you. However, you will attract and be attracted to powerful energy whether you like it or not. If you have a judgement against your unconscious power, for instance, if you were denied your power as a child, or your mother or father held an angry force as their “power” than there could be shame or guilt about this power and you would likely have judgment about someone else holding that power as well. Since your power is then colored vibrationally with a crayon of shame and despise, so too will the power you project on others. You’ll likely run into that same forceful power your mom or dad inflicted on you that held your own power down. But truth be told, mom and dad aren’t there holding your power down anymore. You are doing this yourself energetically, neurally. And you have energetically recruited (attracted) others to help hold your power down in a very similar flavor of mom or dad. This is all happening vibrationally in your psyche as fast and as unconscious as your ability to read a word, identity the letters in that word and come up with it’s meaning-nano-second fast, and much of it, unlike reading words, running in the autonomic nervous system where other unconscious actions take place.

How to Stop Projection:
1. Notice when you are triggered by another person; positively or negatively. Positive characteristics are just as likely to be projected but more tolerated, so less likely to be brought to consciousness. However, they are just as important to your wholeness and evolution.

2. Put the trigger into a simple sentence. “Bob is arrogant.” “Bob is a Genius.”

3. Note what your judgment is about the characteristic. “Arrogance is a horrible attribute.” “Geniuses are amazing.”

4. Then accept that this trait is hidden in your unconscious. Don’t fight it. Don’t resist it. Just accept it. No matter how atrocious the trait feels. It’s yours. It’s everyone’s actually. Thats what makes this easy. Once you realize everyone has every single aspect of humanity hidden in their psyche. Every. Single. Aspect.

6. Challenge Takers: If it is an action trait projection like abusive, hateful, thoughtless, neglectful, go even further into your psyche and note that whatever it is you were projecting, not only is this a part of you, but even deeper realize it is the unconscious action you were subjecting yourself to. For example: “Bob is abusive to me.” translates deep in the unconscious psyche as, “I am abusive to myself.” Once you resolve this within yourself, you’ll no longer be triggered or project. You might not sidle up and befriend an arrogant or abusive person, but you’ll understand with compassion why it is they are what they are.

That is the Psyche’s Manifested Reality.