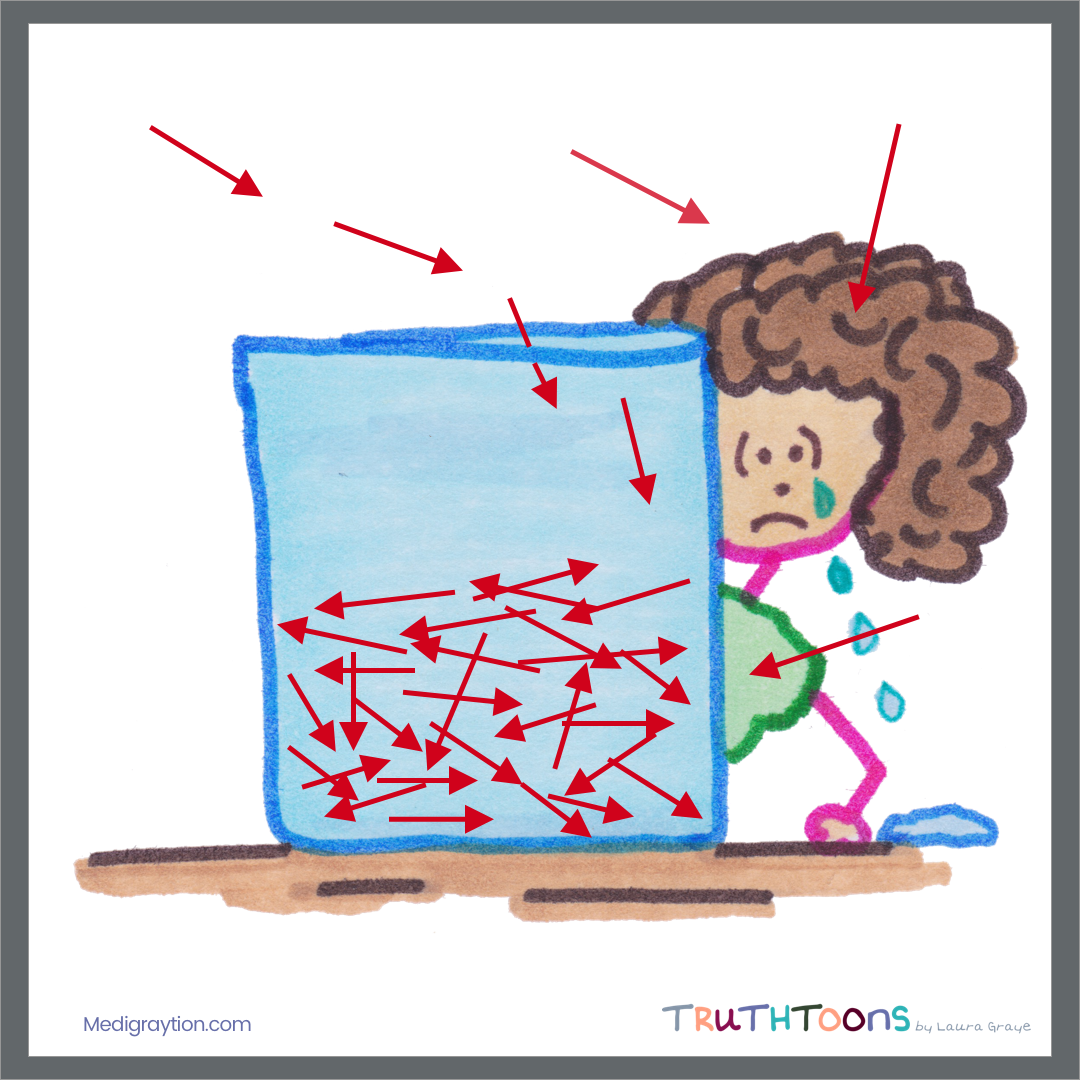 Stop With The Children Are Resilient Story

I’ve heard this so often; The Children are Resilient Story. It’s usually from adults who want to justify why a bad behavior toward a child is acceptable. Or why, what would be highly disruptive to an adult psyche, seems to roll off a child’s back.

First just look at the word: Re-Silience. Though the root stems from the Latin word, resilientem, to bounce back, the word has an eery resemblance to the term re-silence. And that seems to be where it begins. Where silence is interpreted as resilience. Where a child is required to silence their parents’ pain and dysfunction within themselves.

We are all that resilient child to some degree-its where we are in human evolution. No parent is going to have everything figured out. So as children, we take everything in, absorbing the dysfunction and make up silent excuses for the bad behavior of the adults in our life. That is until our nervous systems flood with all the dysfunction we have absorbed through our childhood. And then we are filled with neuroses which have accumulated and auto-corrected in our unconscious brain from those “resilient child” days. We weren’t really resilient children after all. We were empty-harddrive children who were filled with experiences our little psyches drew haphazard and unconscious conclusions based on the perceived level of threat of these experiences.

And when we are older, we unconsciously reach back into those files and use them to create our current reality and live out the real reactions we likely should have had as a child. But now, we have grown adults, acting like children, or in many cases, massively controlling that child within. Not resilient at all, just slow to burn out all the wires.

This describes the making of the wounded inner child and how it rears its enormous head overflowing and screaming into our adult lives. It’s so pervasive you likely don’t know where it begins or ends within you.

There’s no way to measure the real resilience in a child because the absorption technique is a cup of billions of neural wirings filling to overflow. How many times can you spit fury at a child before they duplicate that information in their own neural wiring and make those thoughts a part of their internal mapping? How often can you neglect a child’s needs until they conclude through a built-up pathway of neurons that they have no value? And when will the neural system begin to spit out the results? 12 years old? 19 years old? 24 years old?

Add some vices that loop in your brain and you could make it to 30 years old. Add some fake external success measurements to cover those insecurities and you’ve got yourself just enough time to make it to your mid-life crisis where all the mess plunged into your child-brain comes gurgling up like a clogged drain.

Children are not resilient. They are not here to absorb your dysfunction, your pain, your unresolved internal conflicts. They are not here to be an adult child to the inner child you haven’t healed. They’ve got their own set of strengths and weaknesses they’ve come in with and will need to unfold in their own lifetime. They certainly don’t need the burden of their parents’ baggage because they appear resilient.

This is your mess parent. Clean it up.